With over 100 million downloads, Temple Run is one of the most successful games on Android and iOS. The game’s awesome popularity has lead to a follow-up version, Temple Run 2, and two Disney offshoots, Temple Run: Oz and Temple Run: Brave. Hoping for a piece of the Temple Run pie, though, loads of other developers have hopped on the endless running bandwagon.

Even though the basic premise is the same, many of these games still manage to be both original and witty. Most are also free, but operate on the freemium concept – play is free, but if you want to go faster and last longer, you better get your wallet out! 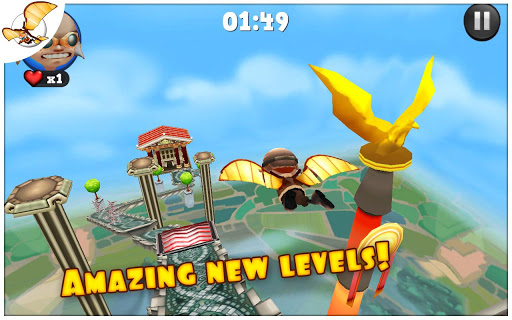 Don’t let the cute graphics deceive you – Running Fred isn’t a child’s game. It’s pretty bloody, as your character, Fred, is fleeing from the Grim Reaper! His twists and turns to avoid trap after obstacle are pretty impressive, and if you’re a fan of gore, then this game is right up your street. It’s got serious playability, with bunches of levels and even the chance to fly. Like the other games on this list, Running Fred is free to play.

Pitfall – Temple Run, and then some! 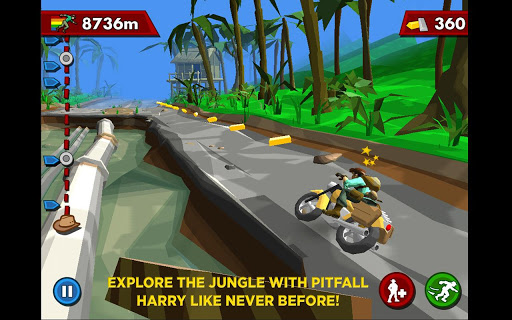 Pitfall gets an impressive 8 points. Not only must you run and jump – you need to make a little more effort! Snakes and scorpions need to be moved out of the way, and you’re going to have to avoid the lurking crocodiles. To make things even more interesting, Pitfall’s got some special transport in store for you, from a motorcycle to a panther! Once you hit 2000 meters, though you’ll need to start spending some coins, and they don’t come cheap.
Pitfall – RATING: 8, Android/iOS

Like Pitfall, Agent Dash’s environments change as you progress though the game. The obstacles vary too, which keeps things interesting for a longer period of time. The game starts out as a classic platformer, but soon morphs into an endless running game where you’ll need things like rocket packs and laser-dodging skills to get ahead. Agent Dash looks good and is pretty and colorful, but we have to admit that at times, the visual fireworks got too much for us to take!

Subway Surfers – On the run across the tracks 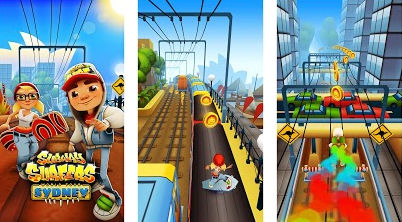 Subway Surfers is extremely popular among Softonic users, and that’s probably because it’s one of the most fun and accessible endless running games around. It’s simple, which means that anyone can play, and it looks bright and colorful. Gameplay isn’t particularly extensive, but it does set missions for you, which add to the fun. For example, you might have to collect different letters to spell out a word. With its look and gameplay, Subway Surfers is definitely aimed at younger gamers.

Aby Escape – A wild ride, with a raccoon! 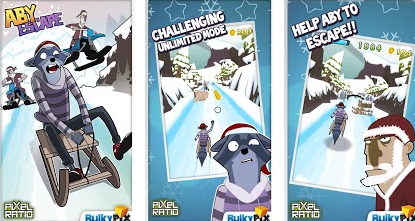 As with Subway Surfers, Aby Escape is firmly built around fun. In Aby Escape, you’re a giant raccoon who needs to run and avoid obstacles. There are lots of environments, from forests to snowy slopes, and a whole production of characters in your pursuit, from hunters to police and even elephants. Any Escape is a fun game, but requires you to collect lots of coins to continue playing for free.

If you liked this article then you'll love our newsletter!

Join us to receive hilarious memes, photo galleries, tips&tricks, and the best games!

AI longevity is running out. Industry expected to dry up by 2026